0
0
News
Harvest Health & Recreation, an Arizona-based multistate cannabis company, reached an agreement with Pennsylvania regulators to drop two permits for affiliated medical marijuana companies it was pursuing in the state.Harvest no longer will pursue permits for Harvest of Northwest PA and Harvest of North Central PA. 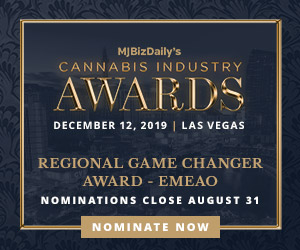 The company also will not operate the two facilities it already built in New Castle and Shamokin, with 18 employees affected, the company said in a statement released Friday.Instead, Harvest will focus on the five other permits it was awarded in Pennsylvania, allowing it to operate 15 dispensaries, three per license.

Pennsylvania caps the number of licenses one company can hold at five.

Harvest said in the release it will avoid a “lengthy legal dispute” by dropping its quest for the two licenses.

The company added that “not pursuing the permits granted to them would be the best way to ensure that the remaining Harvest affiliate companies get their dispensaries in Pennsylvania operational to serve as many patients as quickly as possible.”

Aside from the negotiations with Pennsylvania regulators over the permits, Harvest clashed with officials in the state over a cultivation license that was canceled because of missing cannabis tracking records and security footage kept by a previous company.

Harvest is also under scrutiny for winning an MMJ license in neighboring Ohio by claiming status as “economically disadvantaged.”