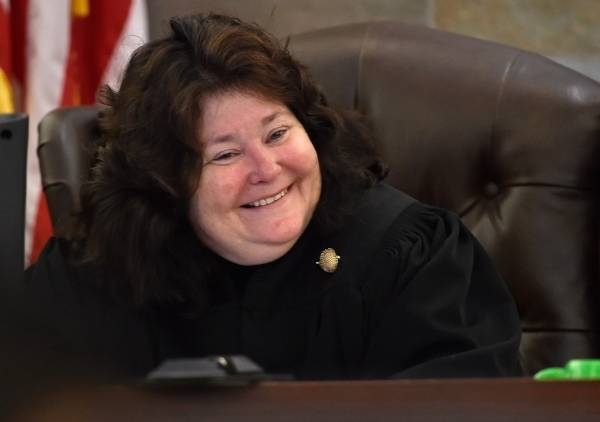 LAS VEGAS — A Nevada judge said Friday she expects next week to finish hearing a case involving dozens of companies that lost bids to open new retail pot stores asking her to stop the state from licensing more marijuana businesses.

Clark County District Court Judge Elizabeth Gonzalez scheduled at least a 15th day of testimony on Monday in Las Vegas, and told attorneys representing dozens of plaintiffs, the state and several companies that got new licenses to plan for closing arguments.

State Department of Taxation officials have defended the process, the administrators and the temporary employees who evaluated and ranked 462 applications for 61 new dispensary licenses last year.

Millions of dollars are at stake in the case. The state says the 65 medical and recreational marijuana dispensaries currently open, mostly in the Las Vegas and Reno areas, reported more than $608 million in sales in a recent 12-month span.

All sides expect Gonzalez’s ruling to be appealed to the Nevada Supreme Court.

Contine now heads the state Department of Administration. She said it wouldn’t have been practical to check the backgrounds of all applicants, so checks were conducted on owners who controlled 5% or more of a cannabis dispensary company.

“The goal was to keep a regulated, robust market and to not have potential for a black market,” she said.

Applicants that didn’t get new licenses have so far stalled administrators’ efforts to nearly double the number of dispensaries statewide.

Their lawsuits claim bias in the selection process, call it unconstitutional, seek damages or demand a do-over.

Most complained that applicants’ names were kept secret. But the state Legislature passed and Democratic Gov. Steve Sisolak signed a law recently making applicants’ names public, but not the applications themselves.