Is the entourage effect real, or just a marketing ploy? 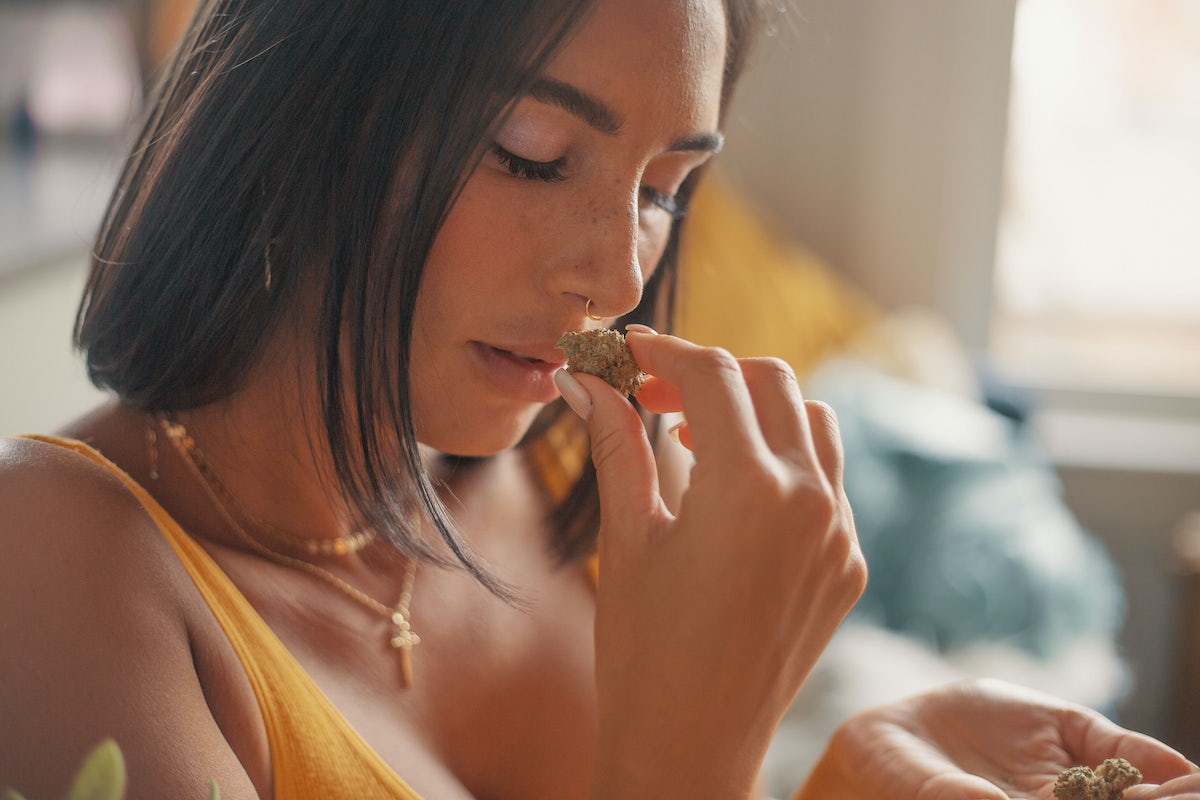 Photography by Georgia Love for Herb

Cannabis is an infinitely complex plant. It contains more than 400 chemical compounds – only a fraction of which are known, while even fewer have been studied. These compounds give cannabis its flavor, aroma, and appearance. They determine the experience of each unique stain and when they come together, they create something known as the entourage effect.

Often confused with marketing techniques used to sell cannabis for its strain-related effects, the entourage effect is rooted in the centuries-old practice of whole plant medicine. The basic concept is that the chemical compounds found in medicinal plants work together to help that plant offering healing. Some argue that consuming the whole plant is better for the patient than taking an extract of a single chemical from that same plant, as is standard practice in modern medicine.

The term entourage effect was first introduced into the cannabis lexicon in a paper published in 1999 by Rafael Mechoulam, the Israeli chemist who first discovered THC as the main psychoactive component of cannabis.

In his study, Mechoulam and fellow chemist Shimon Ben-Shabat examined the interactions between compounds in the cannabis plant, and found that certain cannabinoids, which had no effect on their own, could be used to help other cannabinoids in the plant to work more effectively.

To put it simply, when speaking with the Scientific American in 2017, Chris Emerson, a chemist for Level Brands, described the entourage effect as, “the sum of all the parts that leads to the magic or power of cannabis.”

What are the Benefits of Whole Plant Medicine?

At the most basic level, the benefits of the entourage effect can be understood in terms of the most well-known compounds: THC and CBD. These compounds have an inverse relationship, meaning that the higher the concentration of THC in a given strain, the lower the levels of CBD will be.

But THC and CBD also have another effect on each other which plays out after the cannabis plant is consumed. Where THC will cause a head high that may lead to feelings of anxiety and paranoia, CBD helps to mitigate that anxiety with its mellow body effects.

The reason for this lays in how these chemicals react on a molecular level. In a 2011 review published in the British Journal of Pharmacology, chemists found similar interactions between cannabinoids, like THC, and terpenes, the chemical components which give cannabis strains their aroma.

Researchers discovered that a terpene, linalool, combined with a cannabinoid, in this case, CBD, could be used as an effective anti-anxiety medication. On the other hand, combining linalool with THC makes for a potent sedative, while alpha-pinene, another terpene, combined with THC helps to retain acetylcholine–a molecule which aids in memory retention– and could help to mitigate the short-term memory loss caused by THC.

In a sense, isolated cannabinoids can be thought of as medicine that has a list of fine-print side effects. These effects could be mitigated, or enhanced, when they are paired with other chemical compounds that naturally appear in whole-plant cannabis.

While these studies show promise for the future of the entourage effect, far more research is needed before we can say anything for sure. Especially the kind of research that involves clinical trials–in which medicines are tested on human patients–something which researchers have been unable to do as a result of prohibition.

That lack of clinical trial research has given rise to critics of the entourage effect who claim that it does not exist. A study conducted in 2013 by neurobiologist Margaret Haney of Columbia University tested the effects of smoked marijuana with that of synthetic THC and found that there is no difference in the effects. The study found that, “under controlled conditions, marijuana and dronabinol decreased pain, with dronabinol producing longer-lasting decreases in pain sensitivity and lower ratings of abuse-related subjective effects than marijuana.”

It’s for this reason that researchers like Haney believe that the entourage effect is a myth, concocted by budtenders to sell more weed.

Still, when patients are consulted about the type of medicine they prefer, they often choose whole-plant cannabis. In a study conducted by Dutch medical cannabis company Bedrocan BV in 2013 found that patients tend to prefer whole-plant cannabis to its pharmaceutical alternative. The survey asked 953 patients across 31 countries, though the company pointed out that too few patients had actually tried synthetic pharmaceutical cannabis.

Why are so many medicines CBD only?

Pharmaceutical versions of THC can be found under the name Marinol (dronabinol) and Cesamet (nabilone), while the first medicine to include both THC and CBD, was recently approved by the FDA in 2018 as Sativex.

The reason that THC and CBD are isolated in these clinically approved medications is largely due to the regulatory standards that surround modern medicine. In essence, isolated compounds are much easier to dose, measure and track than a compound found naturally in a plant.

Medicines which are approved by the FDA have to be standardized, meaning that every dose must contain an exact amount of THC, something which can be difficult to guarantee in smokable cannabis, which usually comes with a THC content range rather than an exact measurement.

The FDA also doesn’t like the uncertainty of having other chemical compounds, like terpenes, in their approved medicines without knowing exactly what effects they may have on the body. After all, one chemical is easier to keep track of than 400.

A good example of a plant which has been reduced to a single compound can be seen in a revolutionary medicine that is now considered to be an ordinary pill: aspirin.

When the main medicinal component of aspirin was discovered in the late 19th century, it was among the first of modern medicines to be isolated into its most basic medicinal ingredient. Felix Hoffmann, a chemist at the German pharma company Bayer, first synthesized what we know as aspirin in the form of acetylsalicylic acid to treat his father’s joint pain. But the word for aspirin comes from the Latin word Spiraea, which is a family of plants that naturally produce aspirin’s main ingredient which can be found in willow trees, jasmine, clover and a variety of other plants. According to Aspirin: The Remarkable Story of a Wonder Drug, ancient Egyptians used this medicine in the form of willow bark with similar effects that did not require distilling the plant into a pill.