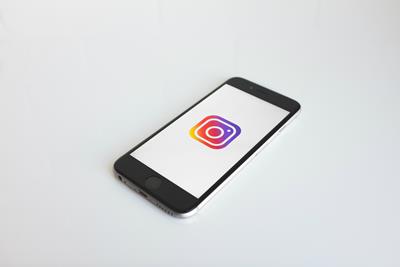 When it comes to buying illegal drugs on Instagram, the community standards are very clear. The company writes, “…Offering sexual services, buying or selling firearms and illegal or prescription drugs (even if it’s legal in your region) is also not allowed.” As an experiment, yours truly opened the Instagram app and searched for a hashtag – which shall remain unnamed – to see if marijuana could indeed be scored through the app.

Bingo. The first profile opened happened to be a bonanza. A seller’s email, WhatsApp information, and phone number popped up in the comments under the first image. There were also other sellers in a comment string roughly 40 long who were also willing to share their contact information. Despite Instagram’s (and Facebook’s) anti-cannabis stance, the black market running rampant all over the platform. This poses an important question: is Instagram more pro-cannabis than it may know?

The Difficulties with Cannabis and Social Media

While Instagram has been working to remove certain hashtags like #opioids or #fentanyl, it is more like a game of Wack-A-Mole for the platform to know who is in the legal cannabis industry. Legitimate cannabis businesses, who should be able to leverage the app for advertising, are often held back by illegal players utilizing hashtags like #marijuana or #weed. Many legal businesses have been shadowbanned, a practice where the platform blocks user content, but not the user from the app itself. Unless someone is already following the business, content won’t appear in searches.

Adweek recently wrote that they had been in contact with several legal businesses and cannabis influencers who had their accounts disabled by Instagram without explanation. Despite these bans and the step-by-step removal of certain hashtags, the app still has a thriving cannabis culture that legal operations and lawmakers are learning to navigate.

It is believed that cannabis as an industry will rake in around $200 billion per year, but legitimate industry players face obstacles to advertising their products and services on platforms like Facebook and Google, who uniformly refuse to allow cannabis companies to buy ads. Without that option, many companies work to cultivate organic audiences, which can only be done by promoting a dedicated hashtag.

An Instagram spokesperson told AdWeekthat marijuana advocacy content is permitted as long as sales of the drug are not promoted. “Our policies do not preclude people from discussing cannabis and its potential benefits or advocating for its legality,” the spokesperson said. “Dispensaries can promote the use and federal legalization of marijuana provided that they do not also promote its sale or provide contact information to their store.”

Legitimate cannabis businesses are often held back by illegal players utilizing hashtags like #marijuana or #weed.

DrugAbuse.gov did a little digging on the platform to see if they could buy cannabis. In less than a day, they found 50 dealer accounts by searching for hashtags like #weed4sale (which, incidentally, no longer shows up in searches). Though some dealers show their faces on their profiles, most images are heavy on the ganja, paraphernalia and young women using cannabis in seductive poses. Contact info can often be found in profile bios or in the comment threads.

The risk(s) with using Instagram to buy cannabis online should be obvious, but let’s lay a few reasons out. In this purchasing scenario, the purchaser assumes all the risk. As federal law dictates, shipping marijuana in the mail is a federal crime. Should the authorities get a hold of your shipment – which will not show a real return address – you could get arrested. Here’s a better scenario. Support your local dispensary or retailer by following them on Instagram. If searching for legitimate cannabis businesses or advocates on the platform, keep an eye out for imagery that seems less than professional, which will be a pretty good giveaway that you’re not dealing with a legitimate business or individual.